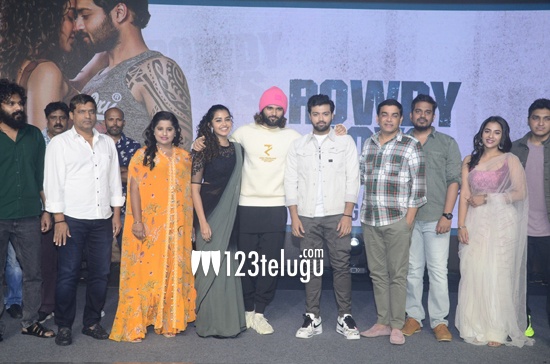 It’s well known that producer Dil Raju’s nephew Ashish Reddy is making his debut as a hero with the upcoming campus drama, Rowdy Boys. Starring Anupama Parameswaran as the female lead, the film is directed by Hushaaru fame Harsha Konuganti.

The latest update is that Rowdy Boys is gearing up for its theatrical release on November 19. The announcement was made during the Preme Aakasam song launch event that was held tonight in Hyderabad. Hero Vijay Deverakonda was the chief guest at the event.