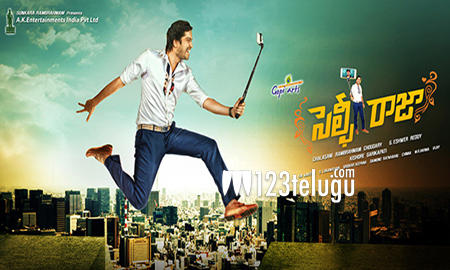 Recently, the theatrical trailer Allari Naresh’s upcoming comedy treat, Selfie Raja, was released to a positive response. However, the “Cheppanu Brother” dialogue uttered by comedian Prudhvi in the end has created a minor controversy for obvious reasons.

A few weeks ago, Allu Arjun was embroiled in a major controversy when he replied with a stern “Cheppanu Brother” to the demands of Pawan Kalyan fans who wanted him to talk about the Power Star during Sarrainodu’s success meet function.

Easwar Reddy, the director of Selfie Raja, downplayed the entire controversy surrounding the film’s trailer by saying that they had already finished shooting of that scene before Bunny’s “Cheppanu Brother” controversy made headlines.