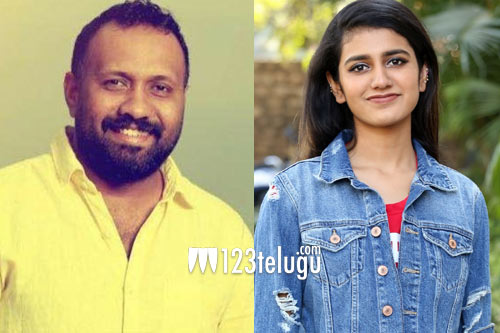 Omar Lulu, the director of the recently released Malayalam campus drama, Oru Adaar Love (Lover’s Day in Telugu), has stirred up a fresh controversy with his latest comments on wink sensation Priya Prakash Varrier. In a latest interview with a Malayalam TV channel, Omar alleged that Priya did not promote the film enough and threw starry tantrums after gaining popularity with his film.

Omar further compared both his heroines and said that Noorin Shereef, the young actress who played Gadha John in Oru Adaar Love, is a much better performer than Priya Prakash. He went on to state that he is not in touch with Priya since the film’s release. Omar’s insensitive comments on a one-film-old actress received a negative response from netizens, who started targeting the director.