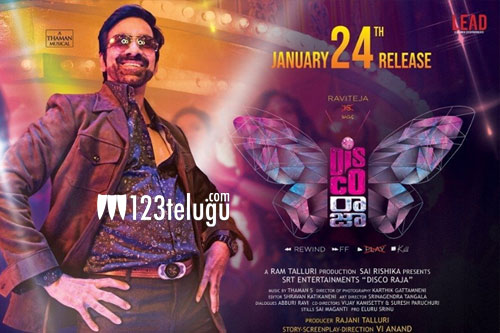 Ravi Teja’s Disco Raja opened to some mixed reviews all over the Telugu states yesterday and the collections of the film showed it all.

The talk is that the first day collections of the film are just close to 2.9 crores share in both the Telugu states which is quite less for Ravi Teja’s standards.

The film needs to pick up during the weekend otherwise things will be quite difficult for the makers. The pre-release has been done for 22 crores in AP/TG. VI Anand directed the film.