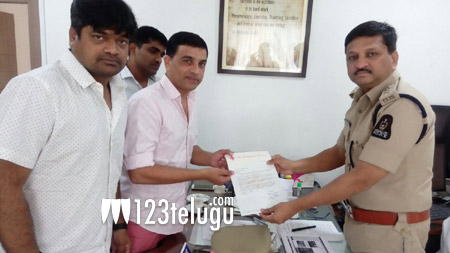 Allu Arjun starrer Duvvada Jagannadham, which released last weekend, fell prey to piracy right on the first day itself and the pirated copies of the film spread like wildfire on social networking platforms. In fact, the entire movie was uploaded on a Facebook page, much to the shock of the movie team.

Now, Dil Raju and Harish Shankar have approached the cyber crime department in Hyderabad and handed over a long list of social media handles, including those on Facebook and Twitter, who were responsible for distributing the pirated copy.

The cyber crime officials are said to have promised stringent action on the culprits and within few days, the team is expected to nab the main culprit who triggered this piracy wave.