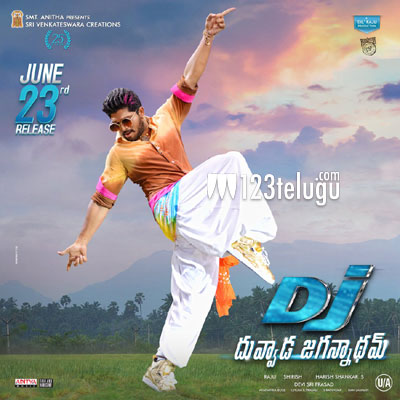 The advance booking for Allu Arjun’s DJ is going on in full swing and early estimates guarantee that the film will open to outstanding numbers. Going by the trend so far, it wouldn’t be surprising if the film ends up posting the best figures in Allu Arjun’s career.

Not just in Hyderabad and other areas of AP and Telangana, the film will also see a big release in Karnataka and few areas in Tamil Nadu, including Chennai. Moreover in the US, several shows have been already sold out and the distributors are said to be quite happy with the response so far.

Directed by Harish Shankar, the film is slated for release on June 23. Pooja Hegde is the lead actress.