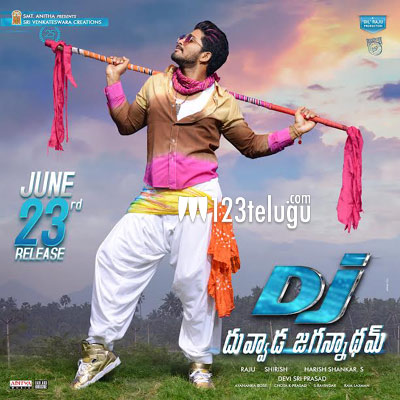 Allu Arjun’s latest action entertainer, Duvvada Jagannadham, released on Friday to a thumping response from fans. After collecting over 18 crore share in the twin Telugu states and grossing close to $600K in overseas, the film stood rock solid even on Saturday.

At this pace, DJ is surely going to become the highest grossing movie in Allu Arjun’s career. To celebrate this grand success and thank the fans, DJ’s team is organizing a grand success meet function in Hyderabad on Monday. The entire cast and crew members will be gracing the event.

Harish Shankar is the film’s director and Dil Raju is the producer. Pooja Hegde sizzled in a glamorous avatar and stole everyone’s hearts.