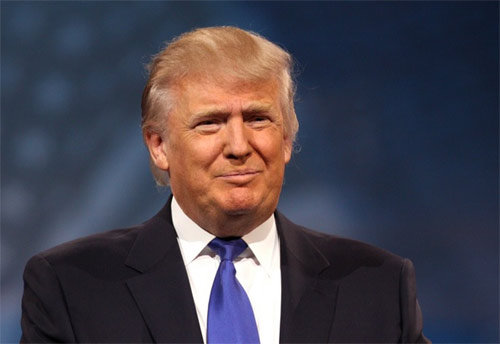 The United States President Donald Trump is all set to land in India on Monday for a 2-day visit. People from both the countries are eagerly waiting to see the Indo-American ties strengthening following Trump’s visit. Meanwhile, the US President has a special surprise ahead of his visit.

On Sunday morning, Trump took to Twitter and tweeted a meme that features him as Baahubali. The meme has the super hit ‘Haisa Rudrassa’ song in the background and it also features the US First Lady Melania Trump as Sivagami, Trump’s daughter Ivanka Trump and Indian Prime Minister Narendra Modi for a few seconds.

“Look so forward to being with my great friends in INDIA!,” Trump said, as he tweeted the meme.

Look so forward to being with my great friends in INDIA! https://t.co/1jdk3AW6fG