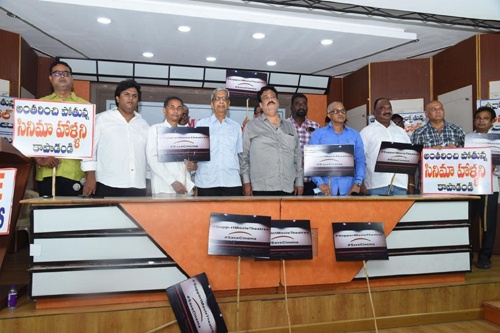 The Corona scare has left money jobless and the film industry, in particular, has faced a lot of loss. The theatres are yet to open and ticket rates and the risk of watching a film on the big screen has disturbed everything for the audience.

In such a time, several producers have sold their films to OTT platforms and this has not gone well with the Telangana State Film Chamber of Commerce who called for a press conference today and requested the producers at length.

Noted producers like Sunil Narang, Abhishek Nama requested all the producers to hold back the releases and wait for the theatres to open until the end of October.

The chamber also requested to hold the release of the films on OTT at least for a month after the release so that all exhibitors and distributors can survive.