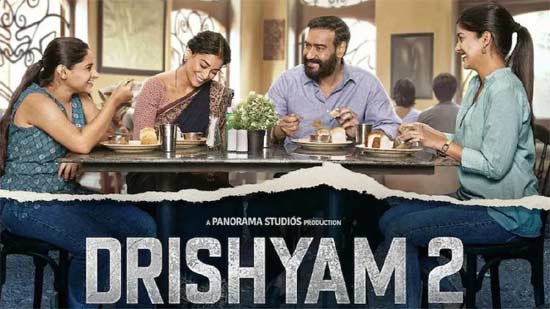 Drishyam 2, starring Ajay Devgn, is having a phenomenal run at the ticket windows and isn’t showing any signs of slowing down. The film has already crossed the prestigious 100 crore club and is inching towards some bigger numbers in the day to come.

What’s more surprising is the film minted a total of 7.87 crores on its second Friday, taking the total to 112 crores, as per the PR. This is a massive achievement though there was a new release and thus remained the first choice for film lovers.

The trade pundits are predicting that the film will wrap up around 180-190 crores in its full run. Starring Shriya Saran, Tabu, Akshaye Khanna, Ishita Dutta, Mrunal Jadhav, and Rajat Kapoor in crucial roles, the film is directed by Abhishek Pathak.