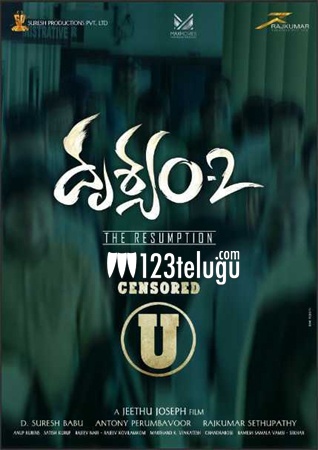 Drishyam 2 is a film that many are waiting for eagerly as the first part was a big hit at the box office. Venkatesh wrapped up the sequel in no time and the film is also ready for a release.

The film has completed all the formalities including the censor and it received a clean U certificate. Since Drushyam was a superhit, expectations are quite high on the sequel. The makers will announce its release date soon.

Meena, Nadhiya, Naresh, Kruthika, Esther Anil reprised their roles from the first part, while Sampath Raj and Poorna are the new addition to the ensemble cast and the film will be out on an OTT platform soon.