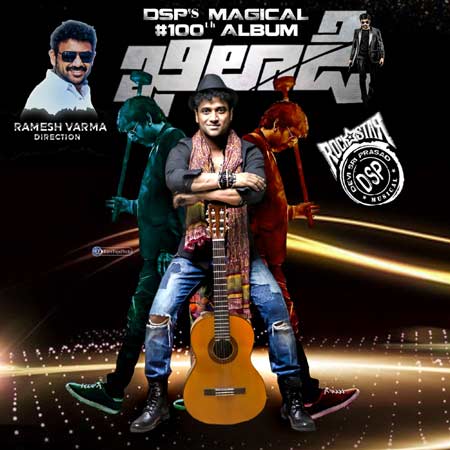 Devi Sri Prasad started out as a pop musician and he made his feature film debut with Kodi Ramkrishna and MS Raju’s Devi in 1999. He also composed music for Kodi Ramkrishna’s 2001 film, Navvuthu Bathakalira. He got his first major success with Sreenu Vaitla’s 2002 romantic musical, Anandam. Kalusukovalani, Khadgam, and Nagarjuna’s Manmadhudu followed the same year and there has been no looking back for DSP ever since. He is currently one of the most sought-after composers in Telugu and Tamil.

Khiladi, directed by Ramesh Varma, also features young beauties Dimple Hayathi and Meenakshi Chaudhary as the female leads. The film is being produced by Koneru Satyanarayana and Jayantilal Gada.