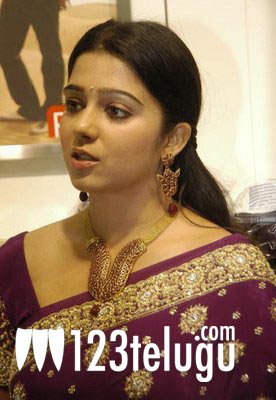 Charmee can’t stop raving about her song in Nagarjuna’s upcoming film Damarukam. Her new look has caught the attention of lot of people and the consensus is that she’s looking fitter than ever. The actress lost oodles of weight to get into shape and almost immediately Nagarjuna asked her to do a special song for Damarukam. The song is titled Sakkubai and Charmee posted yet another picture from the sets of the film. Devi Sri Prasad, who composed the music, has reportedly done a fabulous job and Charmee is all praises for DSP. “@ThisIsDSP has 1ns again fantastically succeded in breaking his own records #Sakkubai fm #Damarukam,” she tweeted. Srinivas Reddy is directing the film and Venkat is producing the film on R R Moviemakers banner. Nagarjuna and Anushka have played the lead roles. The film is currently in post production stage and it’s going to hit the screens in October.