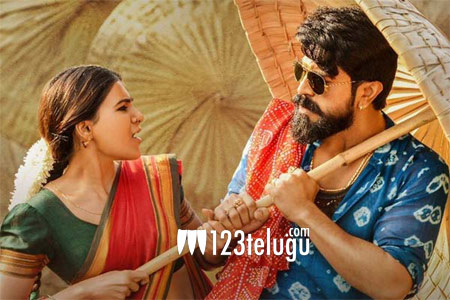 After impressing everyone with two hit songs for Rangasthalam, DSP is back with a full-on teasing number called Rangamma Mangamma.

The song was released all over today and once again, DSP has composed a village number which sounds pretty good. What attracts in the song is the very funny yet interesting lyrics.

The song showcases Samantha’s love for Ram Charan and how he does not oblige her whatsoever. The composition is quite groovy and has been set according to the mood of the film.

The team is gearing up for a mega pre-release event which will be held in a grand manner. Rangasthalam is up for a release on the 30th of this month.