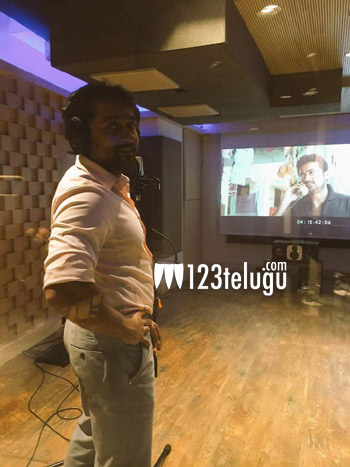 Tamil superstar, Suriya’s forthcoming project, Thaanaa Serndha Koottam, has almost wrapped up its shoot. On the other side, dubbing activities are also going on in full swing.

The latest we hear is that Suriya has started dubbing for his part and the entire first half is completed already. Touted as a complete family entertainer, this film has Keerthy Suresh as the female lead.

TSK will be hitting the screens during the Pongal season early next year. The film is being directed by Vignesh Shivan. Suriya and his cousin Gnanavel Raja are jointly producing the movie. Anirudh Ravichander is the music composer.