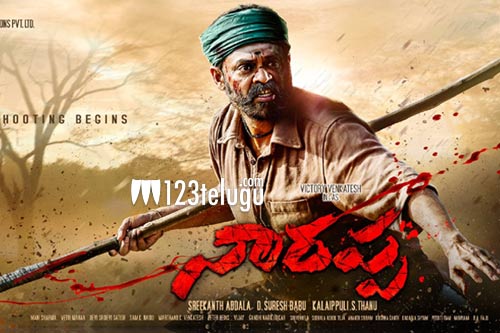 Naarappa is a film that Venkatesh has pinned a lot of hopes on as it is the remake of the hit Tamil film Asuran. Venkatesh will be seen in an elderly role after a long time in this film.

The film is halfway through its shoot and the latest we hear is that the makers have started the editing and dubbing process of the film already.

Srikanth Addala is the man who is directing this film. Priyamani plays a crucial role along with Rajeev Kanakala. The film might release during Sankranthi 2021 is the talk as of now.