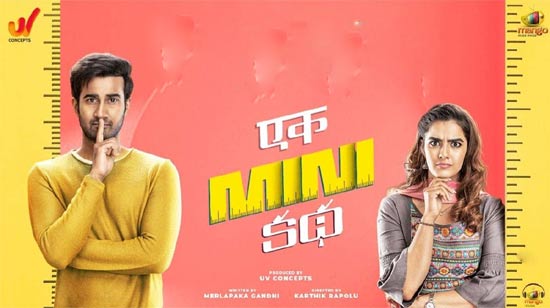 The second wave of Covid has led to indefinite postponement of theatrical releases. Consequently, quite a few film are now gearing up for direct to digital release.

Ek Mini Katha will be premiering on Amazon Prime Video on 27th May. An official announcement on the same was made earlier today.

The film is directed by debutante Karthik Rapolu and produced by UV Concepts and Mango Mass Media.