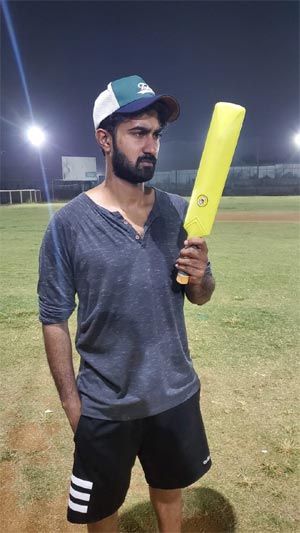 Here’s young hero Santosh Sobhan looking all gloomy as he looks at a mini plastic bat. The main concept of his upcoming youthful entertainer, Ek Mini Katha, has been explained in this picture. In the film, the hero goes through an issue and he tries his best to avoid the first night with his bride.

Ek Mini Katha is the first production under UV Concepts, the new banner launched by UV Creations to encourage new talent. Young actress Kavya Thapar is the film’s leading lady and popular actress Shraddha Das will be seen in a crucial role.

Debutant Karthik Rapolu is directing Ek Mini Katha and has penned the script. Pravin Lakkaraju is composing the music. The film is aiming for a summer release.