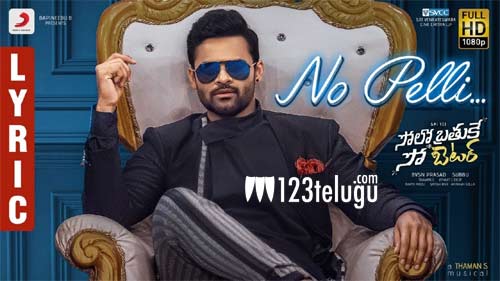 A couple of days ago, the makers of Sai Tej and Nabha Natesh’s upcoming romantic entertainer, Solo Brathuke So Better, released the ‘No Pelli’ song. Composed by Thaman, the song has turned out to be an instant chartbuster thanks to its fun quotient.

And Sai Tej fans are elated with the song’s success. Hundreds of fans from across the twin Telugu states have been celebrating the song’s success. Fans from Rajahmundry, Eluru, Guntur, Nellore, Khammam, Vijayawada, Vizag and several other cities and towns in AP and Telangana have cut cakes and celebrated with fellow fans.

Solo Brathuke So Better is being directed by debutant Subbu and produced by veteran producer BVSN Prasad. The film will hit screens soon after the theaters reopen.