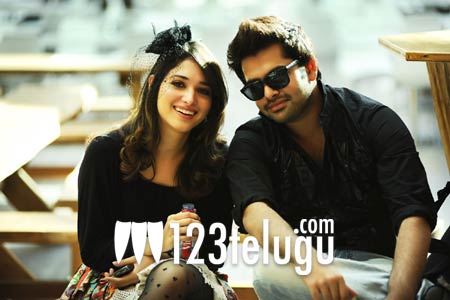 Ram, Tamannaah starrer Endhukante Premanta has reached the final stages of production. Except for three songs, the rest of the film has been completed. A Karunakaran is directing this romantic entertainer and Sravanthi Ravikishore is producing the film on a grand scale. “Every frame in this film has Karunakaran’s magic and I am sure that it’ll impress the youth. Ram has worked really hard for this film. The scenes which we shot in Geneva and Switzerland will stand out as one of the major highlights of the film,” Sravanthi Ravikishore said. Tamannaah’s glamour and GV Prakash’s music are touted to be the other highlights of the film. I Andrew is the cinematographer. The film is expected to hit the screens in April