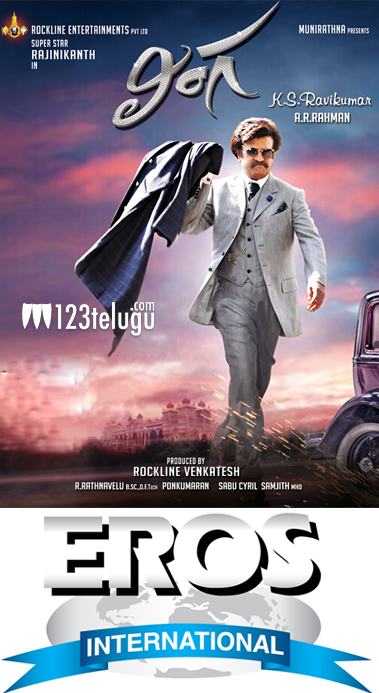 Rajinikanth is once again getting ready to drive his fans crazy with his latest movie Lingaa. The shooting of the film has been wrapped up and according to the latest buzz, leading movie giant, Eros has bagged the distribution rights of this film world wide.

The first look and the subsequent posters have evoked huge response from fans all over the world and Rajini looks at his regal best. Rajinikanth is paired opposite Bollywood beauty Sonakshi Sinha and Anushka Shetty in this stylish action entertainer. Music of the film is composed by A.R Rahman. K.S.Ravi Kumar who earlier directed Muthu and Narasimha with Rajini is directing this film also.