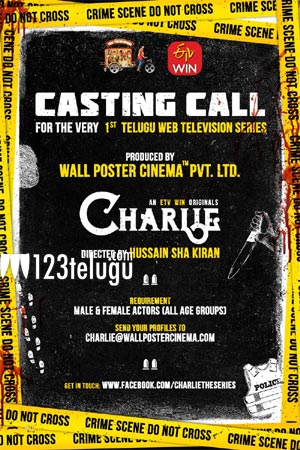 Meanwhile, for the first time ever, a TV channel has come forth to be part of this boom. ETV is all set to produce an original web-series titled ‘Charlie’. The series is going to be aired both on the channel as well as the internet. Hussian Sha Kiran, who wrote the original story of Nannaku Prematho and later directed Meeku Meere Maaku Meme, is going to direct this web-series.

Buzz is that the web-series is going to be an investigative drama and currently the team is looking to cast for the ambitious series which could bring in more talent and attention to web-series.