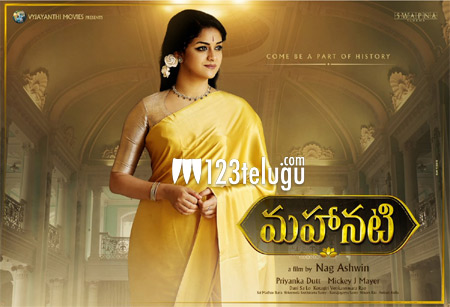 Keerthy Suresh has become the topic of discussion all over because of her striking resemblance to Savitri in the posters of her new film Mahanati which will release on the 9th of May.

The social media was quite harsh on Keerthy Suresh when she was first chosen to reprise the role of Savitri. There were diverse comments and Keerthy was heavily trolled for her being selected for the film.

But all that has changed now because of the posters and the manner in which Keerthy Suresh has gone about approaching her role. Speaking in one of her interviews, Keerthy said that even the trollers who slammed her will love her work in the film.

Keerthy Suresh has gone for a major transformation in the film which is being directed by Nag Ashwin. Vyjayanthi Movies produces this film which has Samantha in a key role.