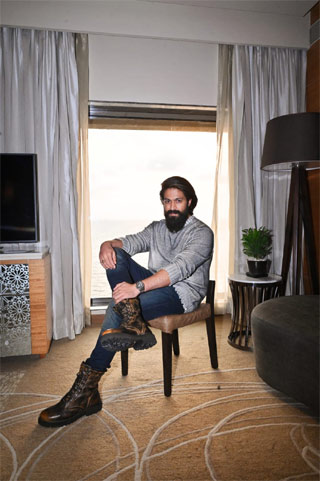 Yash-starrer KGF: Chapter 2 is ready for a grand release in theaters across the globe on April 14, 2022. Having Srinidhi Shetty as the leading lady, the Prashanth Neel directorial is scheduled to release in major South Indian languages and Hindi.

In a recent interview, Yash opened up about his childhood and struggles of becoming a hero. Speaking about his desire to be an actor, he said that he used to participate in fancy dress and dance competitions in school to showcase his talent irrespective of the result.

He recalled that everyone used to laugh at him for expressing his wish to become a cinema hero. Yash also stated that he was depressed with their behaviour but kept going with hope.

The actor also shared a crucial moment in his life. He said that his parents were against his wish of becoming an actor and mentioned that they asked him to leave the field for good if he fails to get a chance.

Yash left his home and worked as a backstage actor in Bengaluru. After many years of struggle and hard work, he has become a star actor in Sandalwood.