Everything about Zombie Reddy is intriguing- Varun Tej
Published on Feb 3, 2021 2:46 pm IST 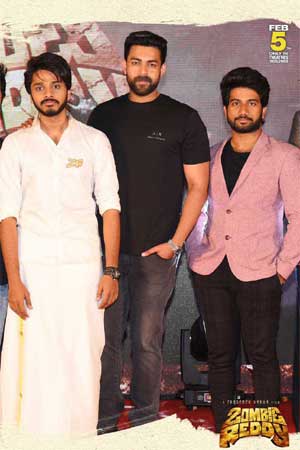 Zombie Reddy is a film that has been in the minds of many because of its unique theme of zombies. The film is directed by Prashanth Varma and is up for a release on the 5th of this month in a special manner.

The makers held the pre-release event of the film yesterday and Varun Tej was the chief guest. Speaking at the event, Varun said everything about Zombie is quite intriguing and he is quite excited to watch the film.

Adding further, Varun praised the production house for attempting such a bold film. The mega hero also lauded Getup Sreenu for his versatile acting saying he is happy that the film will be hilarious due to the presence of such actors.

Last but not the least, Varun spoke at length about Teja and remembered his association with the young hero. Zombie Reddy has Anandi and Daksha as the heroines.