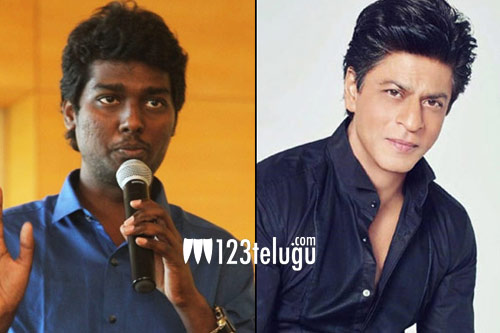 After a lot of dilly-dallying, leading Bollywood star Shah Rukh Khan’s next film under young Kollywood director Atlee has finally gone on floors.. Atlee has been for a special teaser since Monday. The teaser is expected to be launched on August 15th.

Furthermore, the film’s entire shoot will be wrapped up in just 6 months time, and the first schedule will take place in Dubai. Apparently, SRK will be seen portraying dual roles as brothers in the movie. Nayanthara will be making her Bollywood debut by playing SRK’s lady love. The film’s story is said to be on the lines on the 2006 Tamil film, Perarasu.