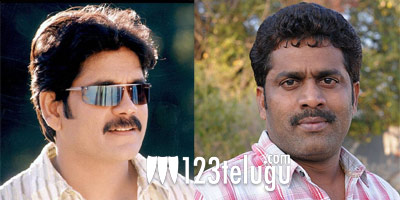 Director Veerabhadram Chowdhary will be directing ‘King’ Akkineni Nagarjuna in the mafia thriller ‘Bhai’ and the shooting of this movie is all set to start from mid August. The film is being produced by M.L. Kumar Chowdhary and the script has already been finalized. This is the dream project of director Veerabhadram and he is fresh from the super success of the comedy entertainer ‘Poola Rangadu’. We have just spoken to the director about the movie and he has confirmed the dates.

Nagarjuna is currently busy with the shooting of his devotional flick ‘Shirdi Sai’ in Raghavendra Rao’s direction. His special effects film ‘Damarukam’ is also set for a release this summer.