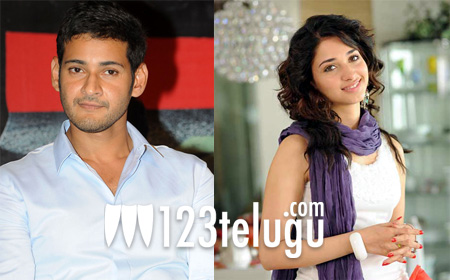 Ever since news broke out sometime ago, the prospect of seeing Prince Mahesh Babu and milk white beauty Tamanna together in Sukumar’s film, has been delighting fans and movie lovers alike everywhere. But we have just received news that this combination is not happening. The producers are on the lookout for a new actress to play the lead role opposite Mahesh Babu in this movie. A senior actress is also under consideration for this role and a decision could be announced very soon.

The official launch and muhurtam ceremony will be held at Ramanaidu Studios on February 12th. The movie is going to be produced by 14 Reels Entertainment Banner, the production house that gave Mahesh Babu the blockbuster ‘Dookudu’. Director Sukumar has reportedly come up with a soft romantic script for Mahesh Babu