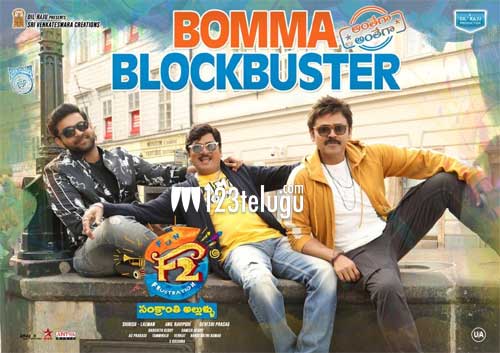 Fun and Frustration released on January 12 amidst an intense competition from NTR Kathanayakudu and Vinaya Vidheya Rama. This Venkatesh and Varun Tej-starrer comedy entertainer surprised trade circles and has turned out to be this year’s Sankranthi winner.

Until Tuesday, F2 collected a worldwide theatrical share of nearly Rs 61 crores, with a gross of Rs 94 crores. The film is all set to join the Rs 100 crore gross club before the third weekend kicks in. This is a solid feat by the film, which was sold for just about Rs 34 crores worldwide. Share wise, F2 is expected to enter the Rs 70 crores club by the end of its full-run.