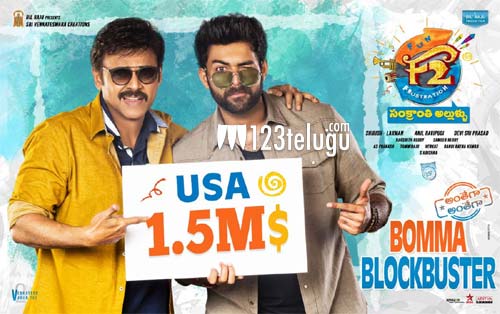 Fun and Frustration, the Sankranthi blockbuster starring Victory Venkatesh, Varun Tej, Tamannaah and Mehreen, has pulled off a stunning feat in the US. The film has breached the $1.5 million milestone in the US on its 8th.

What’s special about F2’s $1.5M feat is that the film has set a non-Baahubali record for second Saturday by collecting over $205K until 11:30 PM EST. Trade circles are predicting that F2 will surely surpass the $2M mark in the US by the end of its full run, bringing huge profits to it’s buyers.