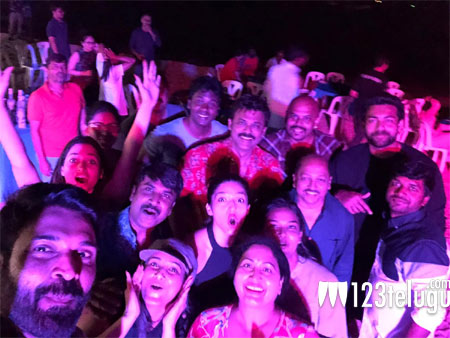 F2 is one film which is being awaited all over since its day of inception. The film is directed by Anil Ravipudi and the latest we hear is that the first look of the film will be out on the eve of Diwali.

Dil Raju produces this film which has Venkatesh and Varun Tej as the main leads. Tamannah is cast opposite Venkatesh and Mehrene romances Varun Tej for the first time in her career.

Touted to be a complete hilarious entertainer, the film is nearing its shoot and will come out during Sankranthi 2019.