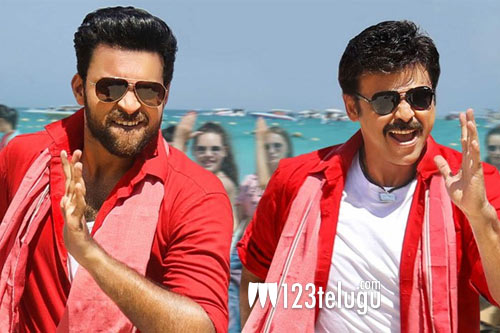 Now that the shooting of F2 is complete, the makers have started the promotions of the film on a larger scale. The latest we hear is that the teaser of the film will be out on the 12th of this month.

Plans are being made to launch this teaser in a special manner as 12th December is also the birthday of Victory Venkatesh.

Varun Tej also plays another lead in this film which is being directed by Anil Ravipudi. Dil Raju produces this film which has Mehreen and Tamannah as the main female leads.