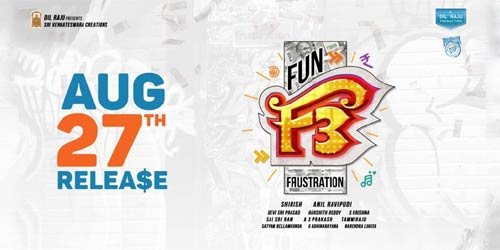 F3 has become a hot topic of discussion all over. The film is busy with its shoot and the makers have today fixed the release date of the film and it will be out on the 27th of August.

That means the month of August is getting heated up. On the 13th of August, Pushpa will be out, and then on the 27th F3 will be out. Venkatesh and Varun Tej play key roles in this film.

The film is not the sequel of F2 and will have the same characters in a different story. Mehreen and Tamannah are playing female leads in this film that has been produced by Dil Raju. Watch this space for more updates on this project.