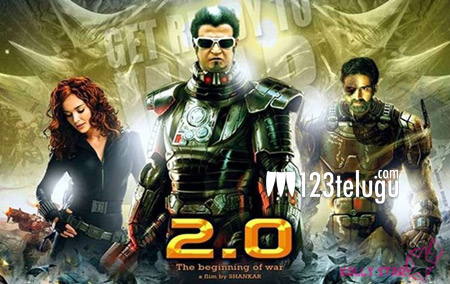 Recently, the makers of Super Star Rajinikanth and Shankar’s ongoing sci-fi thriller, 2.0, announced that the film’s first look poster will be unveiled in November. However, a supposedly first look poster of 2.0’s logo has been ‘leaked’ online and it is going viral on social media.

The so called leaked poster is full of factual and grammatical errors and thus it is far from being an official poster. In the poster, AR Rahman’s name was mentioned in the second row if the credits, where as Shankar always honours his longtime composer by mentioning Rahman’s name in the first line.

Furthermore, names of the film’s writer and sound designer were misspelt, giving more strength to the argument that the poster is unofficial and fan made. Well, let’s wait until next month for the official poster.