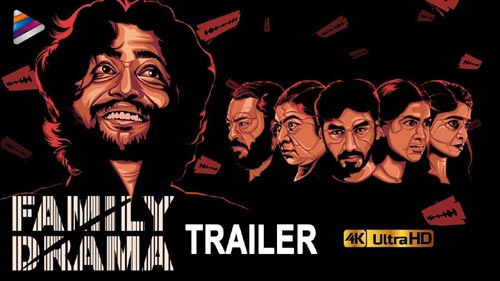 Young actor, Suhas made a decent name for himself with the film Color Photo. The film was an average success and gave Suhas multiple opportunities in Telugu.

Now, he is ready with his new film called Family Drama. The trailer of the film is out and has gone viral in no time. Suhas is shown as this serial killer on the loose and he enters a family and things get chaotic.

All this is showcased in the trailer so well by director Meher Tej. The backdrop, Suhas look, and setup are quite intriguing, to say the least. The title of the film is also quite nicely interlinked and the film promised to be a good thriller.

One can say that post-Color Photo, Suhas is back with yet another solid character with Family. The release date will be announced soon.