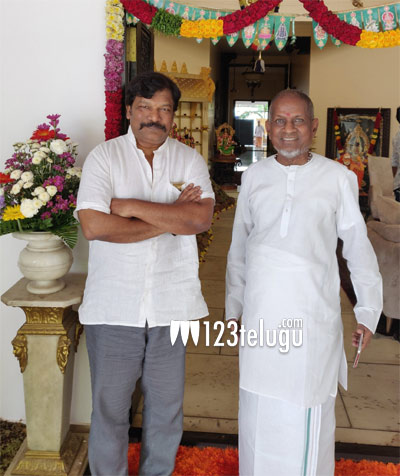 After keeping his fans waiting for the last couple of years, director Krishna Vamsi recently announced his next film, Rangamaarthanda. The film is an official remake of the acclaimed Marathi drama, Natsamrat. Prakash Raj and Ramya Krishna will be playing the main leads in the movie.

Now, in an exciting update, Krishna Vamsi revealed the other day that he has roped in the legendary music composer Ilayaraja to score the soundtrack for Rangamaarthanda. It’s worth mentioning that Krishna Vamsi and Ilayaraja had first collaborated on the critically acclaimed 1998 faction drama, Anthapuram. The film was a musical hit those days, and fans of the director-composer duo are eagerly awaiting yet another musical treat with Rangamaarthanda.

Rangamaarthanda is being produced by Abhishek Jawkar and Madhu Kalipu. The shooting will commence from December. Stay tuned for more updates.