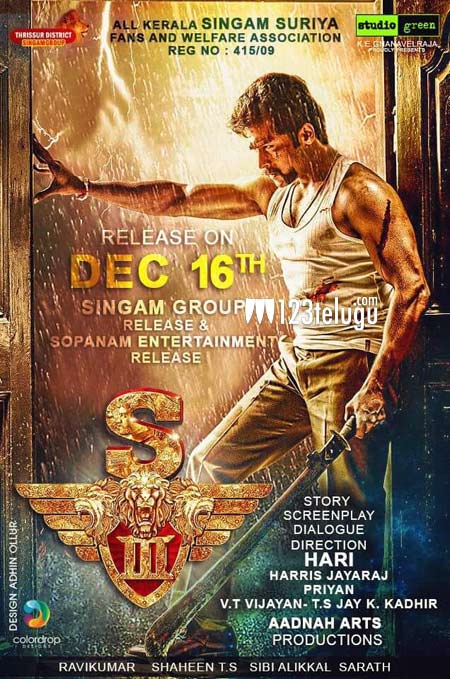 Hero worshipping is quite a rampant phenomenon down South. The levels of madness certain diehard fans express towards their favorite stars is often unimaginable.

S3 will be released in Kerala by Singam Group in association with Sopanam Entertainment on December 16th. Hari directed this mass action entertainer, which also stars Anushka and Shruti Haasan.