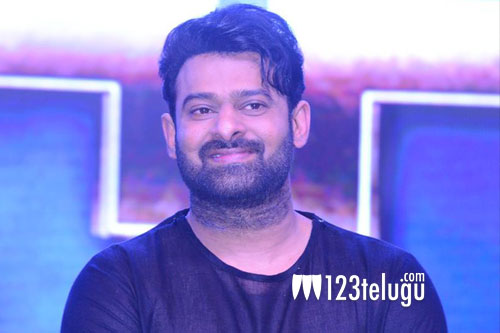 Since the release of Mirchi in 2013, Prabhas has been having only one film hitting theaters in every two years. While Baahubali was released in 2015, Baahubali 2 made it to the screens in 2017. And now, the highly-anticipated action thriller, Saaho, is gearing up for a grand worldwide release on August 30.

In the past, Prabhas promised his fans that he will release at least 2 movies per year. In fact, Prabhas’ next film, tentatively titled Jaan, was supposed to open in cinemas in 2019 itself, but it was later postponed to 2020 due to a delay in Saaho’s shooting schedules.

Speaking at Saaho’s pre-release event last night, Prabhas told his fans that he had once made a promise to release 2 movies every year, but failed to keep it. The Rebel Star went on to say that he will not make any promise this time around, but he will surely fullfil his old promise. Needless to say, fans are thrilled with his assurance and are eagerly waiting to see what his next project is going to be.