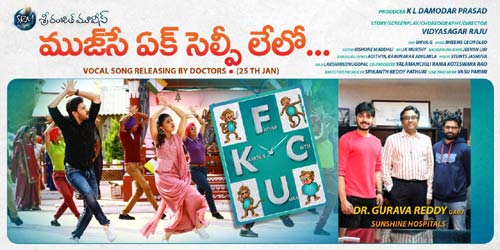 The makers of Jagapathi Babu’s upcoming romantic family entertainer, Father Chitti Umaa Karthik (FCUK), are all set to give a unique tribute to the frontline workers who risked their lives and selflessly worked towards preventing the deadly Novel Coronavirus pandemic. The film’s songs will be launched by some of these real-life heroes in the coming days.

FCUK’s songs will be released by a select few heroes from the medical fraternity, police, municipal workers and the media. The first song will be released by noted doctor Sri. Gurva Reddy. The film’s director Vidyasagar Raju and producer KL Damodar Prasad have taken this initiative as a small token of gratitude for the brave-hearts who were the frontline warriors against COVID-19.