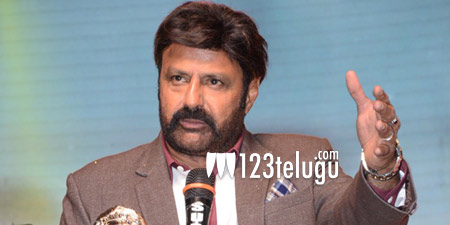 Nandamuri Balakrishna’s penchant for Telugu language needs no introduction. At various public events, Balayya surprised everyone with his proficiency in the language. During Jai Simha’s promotional interview yesterday, Balayya revealed the secret behind his Telugu proficiency.

Balayya said that in his childhood he had a strict Telugu teacher named Baddapati who had taught him Telugu poems. “My teacher used to punish me with ‘Thodapaasam’ (pinching on thigh) if I didn’t recite the poems proficiently. That’s how I learnt the language, out of fear,” Balayya said.

Balayya went on to say that his father and legendary actor NT Ramarao’s movies further encouraged him to improve his Telugu. “Telugu is our language, our life. We must respect it and experience the beauty of the language,” he concluded.