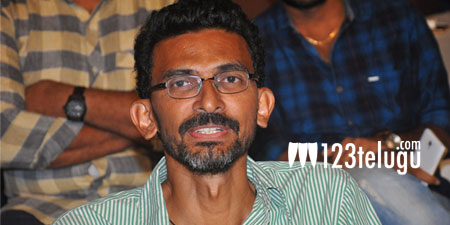 Sekhar Kammula’s upcoming film Fidaa is gearing up for release on July 21 and all eyes are on the lead pair – Varun Tej and Sai Pallavi. The film has been produced by Dil Raju and at the audio launch today, everyone praised Sekhar Kammula and Dil Raju for making a honest and a sensible film.

Speaking at the audio launch, Sekhar Kammula said, “It’s been a while since my film released and I’m little nervous. When I think about Fidaa, I would say it’s like my daughter. It’s very honest and has its heart in the right place. I’ll always be indebted to Dil Raju for his support throughout the shoot, even though it got delayed due to various reasons. I think the final product will speak for itself. Varun and Sai Pallavi have done a terrific job.”

Shaktikanth has scored the music. The film explores the love story between a USA-based boy and a Telangana girl. Incidentally, Sai Pallavi has played the role of a Pawan Kalyan-fan in this film.