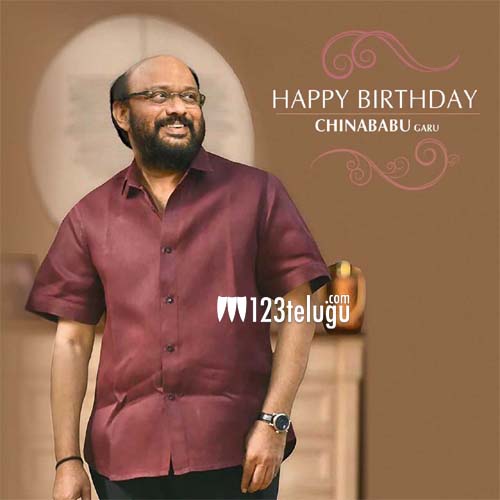 Senior producer S Radhakrishna has delivered a series of successful movies under his banner Haarika and Hassine Creations. His collaboration with his good friend and director Trivikram Srinivas has given super hits like Julayi, Son of Sathyamurthy, A..Aa, Aravindha Sametha and Ala Vaikunthapurramuloo. Premam, Sailaja Reddy Alludu, Jersey and Bheeshma are some of the acclaimed hits that were backed by the seasoned producer.

S Radhakrishna, fondly known as China Babu in the film circles, celebrates his birthday today. His colleagues and well-wishers in the film fraternity have wished the soft-spoken producer on this special day. His next project will mark the second collaboration between Trivikram and NTR.