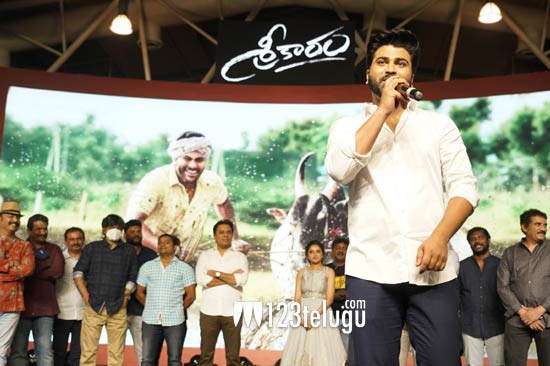 The pre-release event of Sharwanand’s Sreekaram was held last night in Hyderabad. Minister KTR was the chief guest at the event. During his speech, Sharwa said that he made Sreekaram’s director and producers wait for 6 months just to listen to the story and that once he was given the full narration, he felt that it’s his responsibility to be part of it.

“KTR Anna is a youth icon. Many youngsters will listen if he talks about the film and that’s why we invited him tonight. Sreekaram is a father-son emotional drama. I felt acting in a film like Sreekaram is my responsibility. And it’s your responsibility to watch it in cinemas. We may see many super hits and blockbusters in future, but films like Sreekaram are rare and won’t happen quite often,” Sharwa said.