Films should send out a message to the society: Venkaiah Naidu
Published on Nov 21, 2016 4:09 pm IST 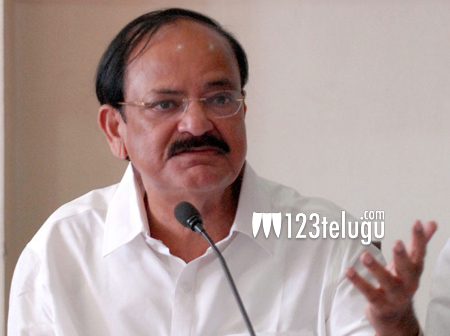 Union minister for Information & Broadcasting M Venkaiah Naidu said that films should have a strong message for the welfare of our society. Speaking at the inaugural event of IFFI, Goa, the minister said that cinema has the ability to impact the lives of common people.

Venkaiah Naidu further said that at least 2,000 movies are being made throughout the country each year and that a movie is being launched every 4, 5 hours. The minister went on to appeal to the filmmakers to highlight Indian culture and traditions in their movies.