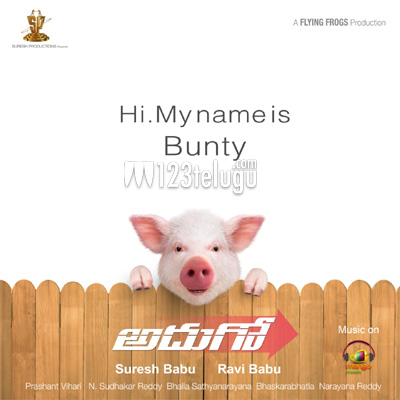 Popular actor-filmmaker Ravi Babu has been busy with his long-delayed experimental flick, Adhugo, for the last two and a half years. The film’s story is centered around a piglet named Bunty, and a lot of high-end VFX work went into the making of this unique movie.

This morning, Ravi Babu surprised everyone by unveiling the first look poster for Adhugo. The simple and sweet first look introduces Bunty – the piglet. Recently, the film’s presenter Suresh Babu announced that Adhugo will be hitting screens during the upcoming Dasara festive season. Apart from writing, directing and producing Adhugo, Ravi Babu also plays a crucial role in the movie.