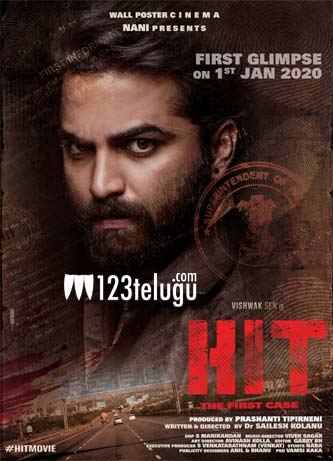 It’s well known that Nani’s second home production features young actors Vishwak Sen and Ruhani Sharma in lead roles. Interestingly titled Hit, the film had its formal launch in October and the shooting is more than halfway through.

This morning, Hit’s makers released the film’s first look poster featuring an intense looking Vishwak Sen. The film’s first glimpse will be out on January 1st. In this unique medical thriller, Vishwak plays Vikram Rudraraju, a Superintendent of Police who embarks on a nerve-racking journey to unravel a mysterious case.

Debutant Dr Sagar Kolanu is directing the movie and Vivek Sagar is composing the music. Prashanti Tipirneni is producing the film along with Nani.