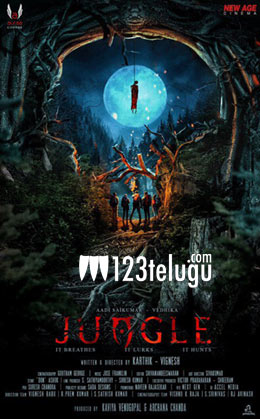 It has been a while since Aadi Saikumar scored a hit to his name. The actor was banking a lot on Burrakatha; however, the film was postponed at the last minute. Meanwhile, the first look of the actor’s upcoming bilingual film, Jungle has raised a lot of curiosity.

Written and directed by Karthik and Vignesh, the film looks like an action adventure where a bunch of friends head into a jungle to unravel a secret. Aadi Saikumar and Vedhika have played the lead roles in this film which will release in Telugu and Tamil soon.

Jose Franklin is composing the music and Goutham George is the cinematographer. More details about the film will be revealed soon.