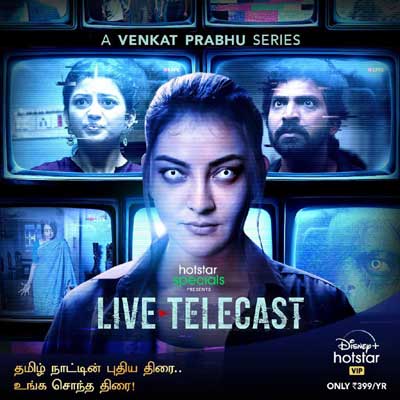 Not many are aware that star heroine Kajal Aggarwal is debuting into the web world with a Tamil web series. Titled Live Telecast, the series is being directed by noted Tamil director Venkat Prabhu.

Meanwhile, this afternoon the first look poster of the series was released. Touted as an intense thriller, the series stars Anandji and Vaibhav alongside Kajal.

Popular digital platform Disney Plus Hotstar is bankrolling the series.