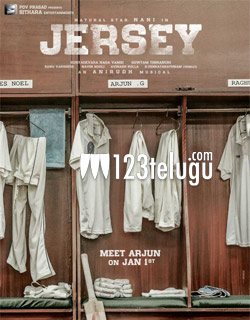 It is a known fact that natural star Nani is doing a film in the direction of Gautam Tinnanuri of Malli Raava fame. The shooting is nearing 50% of its completion and the latest we hear is that the first look of the film will be out on the 1st of January.

Nani plays the main lead and he will be seen as a cricketer named Arjun in the film. Anrudh composes music for this film which is a gritty sports drama.

Nani has pinned a lot of hopes on this project as his last film Devadas was received with mixed response.