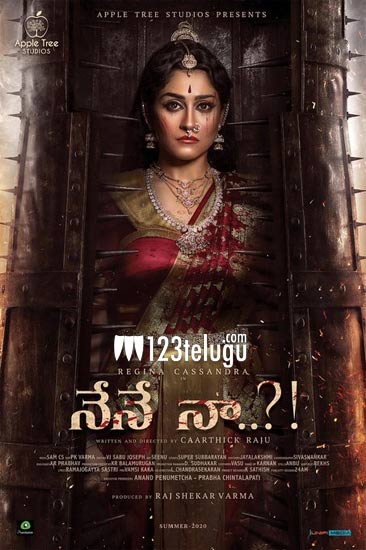 It is a known fact that Regina signed a film under the direction of Ninu Veedani Needanu Nene fame Caarthick Raju’s direction sometime back.

Meanwhile, the makers have unveiled the film’s first look poster this afternoon. Titled, Nene Naa, Regina is seen as a princess getup and raises curiosity.

By looking at the poster, it is clear that the film is going to be a unique thriller with a fresh concept. Along with Regina, the film also stars Vennela Kishore, Akshara Gowda in prominent roles.

Apple Tree Studios banner is bankrolling it. Sam CS is the music director.